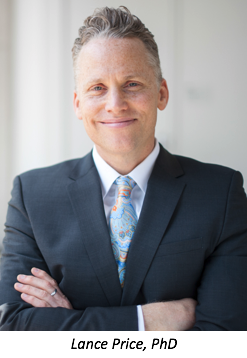 A team of investigators has identified a particular strain of Escherichia coli that may be passed from contaminated poultry to humans, resulting in urinary tract infections (UTIs) and other serious conditions.

“ST131-H22 appears to be one of a small group of E coli strains that are adapted to living in poultry and causing serious disease in people,” Lance Price, PhD, professor at the George Washington University’s Milken Institute School of Public Health and the Founding Director of GW’s Antibiotic Resistance Action Center, told Contagion®. “We found ST131-H22 contaminating raw poultry meat, so people could become exposed to it by handling raw chicken in their home, by consuming other foods that were cross-contaminated in the kitchen, or by consuming undercooked poultry meat.”

He added that infection is probably a 2-step process, where the first step is an individual consuming the bacteria—which introduces it to the gut—and the second step is the introduction of the bacteria from the gut to the urinary tract.

Invasive UTIs that involve the kidneys or blood can potentially be deadly and over 80% of UTIs are estimated to be caused by E coli. Although only a few strains account for serious infections, the type identified in this study, referred to as E coliST131, is known to travel from the bladder to the blood and claim thousands of lives each year in the United States.

Although previous research has suggested that retail meat was not a source for this strain of E coli, the investigators set out to determine how frequently extraintestinal human infections arise from food-borne ST131 strains.

To do this, the investigators launched a 12-month prospective study of E coli from retail meat products and human clinical specimens in Flagstaff, Arizona. They collected meat samples every 2 weeks from all available brands of chicken, turkey, and pork products from 9 major grocery chains in Flagstaff.

During the same time period, they collected bacterial isolates from positive urine and blood cultures from Flagstaff Medical Center; they reviewed medical records to ascertain whether patients had asymptomatic bacteriuria, cystitis, pyelonephritis, or urosepsis.

Through the use of multilocus sequence typing, fimH typing, and core genome phylogenetic analyses, the investigators characterized all isolates. They then screened the isolates for avian-associated CoIV plasmids, as these plasmids are known to be a defining trait of avian pathogenic E coli.

The investigators isolated E coli from 79.8% of 2,452 meat samples and 72.4% of 1,735 culture-positive clinical specimens. They noted that the most common type of E coli found to infect humans was ST131; in fact, 27 meat isolates were ST131 and belonged “almost exclusively” to the ST131-H22 lineage, according to study authors. ST131-H22 accounted for the majority (n=25) of ST131 meat isolates; 24 of the isolates were collected from poultry, and 23 of the isolates were found to carry CoIV plasmids.

The team then set out to find how closely the bacteria were to one another and if humans had acquired them from poultry products. Through plasmid profiling and draft genome comparisons, the investigators observed presumptive CoIV plasmid in 84% of H22 meat isolates and 25% of H22 human isolates.

As such, the investigators concluded that their findings supported their initial hypothesis—ST131-H22 strains that contaminate poultry products originate from food animal populations rather than humans.

“This is one of the first studies to provide clear evidence linking UTIs with E coli from poultry, and ST131-H22 is just one of the hundreds, if not thousands, of E coli strains that contaminate poultry products,” Dr. Price said. “The next step is to figure out the full scope of high-UTI-risk strains that colonize poultry flocks and contaminate our food supply. After we’ve done that, we should come up with a strategy to eliminate these strains from poultry flocks and monitor poultry products to prevent them from entering the food supply.”